Telling Your Story to Make a Difference

Sadie Wilcox​ has been facilitating creative projects with pediatric patients since 2008. She has previously worked at the San Francisco Art Institute, the Asian Art Museum, and the Children’s Creativity Museum in San Francisco. Sadie received her Master of Fine Arts from the University of Michigan.

After surviving a violent arson assault in 2002, Sadie became an active member of Phoenix Society for Burn Survivors and trained as a Phoenix SOAR (Survivors Offering Assistance in Recovery) volunteer. She has also coauthored resources and served on the board of directors at the Alisa Ann Ruch Burn Foundation. 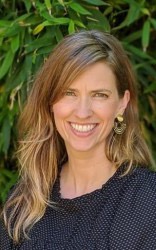