Eduardo Garcia's love for food and cooking began at a young age while growing up in Montana. He briefly attended culinary school before spending 11 years touring the world as a private chef on luxury yachts and hunting for exceptional food experiences. Eventually, Eduardo returned to Montana and started his own company, Montana Mex.

Shortly after his return, Eduardo encountered tragedy on a hunting trip. While trying to move a dead bear cub with his knife, a live power line under the carcass made contact and severely burned his left side. After a delirious three-mile hike to seek help, Eduardo started a 48 day stay in the ICU, where saving his life would come at the cost of his left hand.

Refusing to let anything stop him, Eduardo adapted and continued his culinary career. With specialized prosthetics for cooking, cycling, and hunting, Eduardo still pursues his passions and lives to not only share them with others but to prove that anyone can accomplish anything.

Charged with 2400 volts of electricity, Eduardo lost an arm, ribs, muscle mass, and nearly his life, but more important than what he lost, is what he found.

Learn more about Eduaro and find him online! 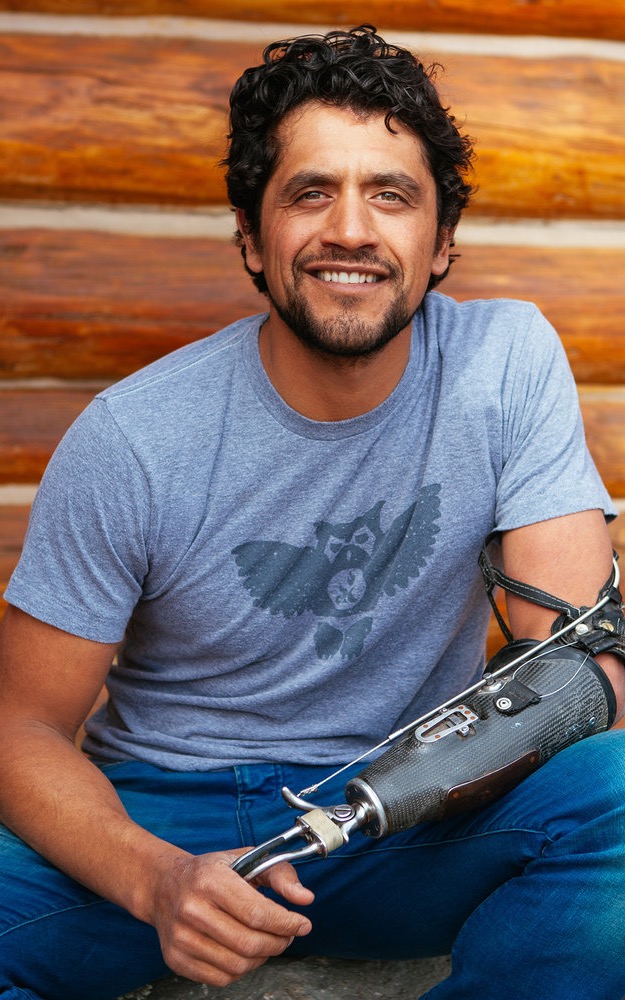