The Power of Teammates: Discovering Confidence as a Burn Survivor

Want to stay up-to-date on the latest resources, courses, and more?

Sign up for our Resource Center Updates! You will receive monthly notifications straight to your inbox.

Growing up I faced countless comments, curious stares, and unanswered questions. The glowing smoothness of other’s skin mocked my own. The skin that hadn’t been touch by flames, by heat, by destruction was valued more highly than any of the trademark scars I possessed. This is how I grew up seeing the world, and how I viewed myself through the perspective of society. At least until I was introduced to a 30-inch piece of metal. A baton.

When I twirled, my scars disappeared. I could just be Bre.

Baton twirling has been a part of my life ever since I was 4 years old. A year earlier, I had been burned in an explosion on my family’s farm, which caused third-degree burns to 60% of my body and claimed the major portion of my right ear, later resulting in amputation. During my recovery, twirling began as a therapy technique to stretch my skin but quickly turned into a passion. I’ve twirled over the past 18 years into a college career as a featured twirler at Western Michigan University (Go Broncos!).

At first, I was just a girl who was instantly recognizable because of her appearance. The comments, the stares, and the questions continued. But in one performance after another, I was soon no longer recognized for my scars, but for my twirling talent. I couldn’t control the way the world reacted to my presence, but I could control the placement of my baton, the movement of my body, and the coordination between the two. The gym became my safe haven. When I twirled, my scars disappeared. I could just be Bre.

I have been blessed to be able to earn four national championships and to represent the USA twice at the International Cup Championships. Many people have shared in my successes, but few saw the struggles of what it means to be an athlete who is a burn survivor.

During my first international championships, I came to the competition full of excitement, hope, and wonder, overjoyed to be performing at this level. When we arrived at the gym for the first official practice day for Team USA, we passed athletes from other countries in the hallway, and I could feel their eyes gravitate toward my scars. I ignored the stares, knowing that I was there for a purpose. I had earned my place on the team from hard work, dedication, and talent, just like every other athlete.

I didn’t think much of it until later that night at the athlete’s party, when I could no longer ignore the stares, the whispers, and the subtle tap on a friend’s shoulder followed by finger pointed directly at me. I felt as defenseless as defeat took over and I shut down.

My teammate, who had been alongside me for most of my twirling career, was there for me once again. She understood the level of courage it took for me to compete and to walk into the gym wearing a costume that exposes every scar and to wear my hair pulled back showing my one ear. She reminded me that this one moment couldn’t bring down all the time and effort I put into changing my destiny. It was my moment to prove what a burn survivor was capable of.

So I chose to twirl. I twirled for Team USA. But most importantly, I twirled for the 3-year-old Bre in the hospital bed who fought so hard to get me to the place where I was. It was one of the strongest performances of my life. I was filled with pride for my performance and for who I was as a burn survivor. I learned the true power of never feeling diminished or ashamed of other’s perceptions. The smile on my teammate’s face spoke louder than any words because she knew exactly what had happened. Our shared love of the sport led to my discovery of confidence as a burn survivor. 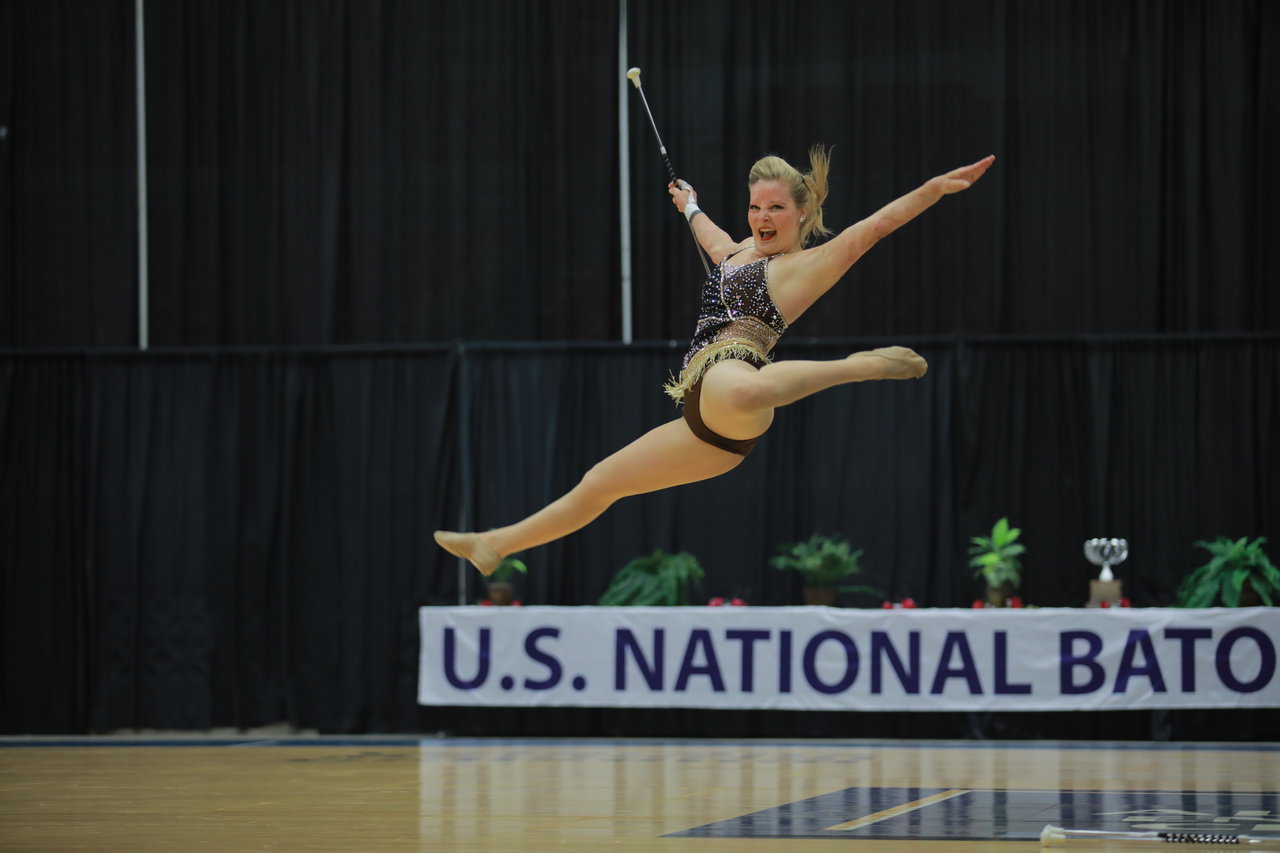 Brianna Bolinger grew up on a farm in Markle, Indiana. She began twirling at age 4 and competing at age 6, eventually becoming a featured twirler at Western Michigan University. She will graduate this spring with a degree in nursing and hopes to work in a burn unit with other burn survivors.

Sign up for your free subscription of Journey Magazine!

This article was originally published in Journey Magazine - Each issue of the magazine is packed with survivor stories, resource articles, and updates about the organization.