One Burn Survivor to Another: An Interview with Kechi Okwuchi

When Kechi Okwuchi amazed the judges in the America’s Got Talent auditions, burn survivors all over the world swelled with pride. As she advanced all the way to the finals, Kechi demonstrated again and again that she is proud of who she is: a survivor, including in her very own #BurnsAreBeautiful blog.

In October, Kechi surprised the attendees of Phoenix World Burn Congress when she visited the participants of Phoenix UBelong and performed at the talent show. After the conference, we had the chance for an exclusive interview with the America’s Got Talent star.

You and your mom are incredibly close. Do you feel like her support made a difference as you recovered?

That’s the biggest understatement of the entire year! It was everything. It was everything. She was my rock and she was my person. Until four months into my treatment, I couldn’t talk at all. They had a tube in my throat that took away my voice. Whenever she came to see me, I would mouth, “Talk, talk.” The sound of her voice helped me escape. She talked and talked and talked, and I took comfort in that.

Music was a big thing, too. Right from the beginning—while I was still in the coma, in fact—she asked my cousins and my sister about music I loved, and she played it for me in the ICU. Music became a big part of my healing process. She also prayed with me, prayed for me, and taught me about what it meant to be a Christian.

You and your mother came to Phoenix World Burn Congress in 2010, while you were still a patient at Shriner’s Hospital in Galveston. What was that experience like?

Up until then, we had only seen fellow patients. During Phoenix World Burn Congress, we got exposure to people who have gone through their treatment and were now trying to live their lives normally. It was like a glimpse into the future to see that once you’re done with Shriner’s, it’s not like you fade into obscurity and just stay in your house. It gave me hope about my future and the possibilities open to me despite my burns.

What was it like to come back in such a different capacity?

I’m so removed from the community, sometimes I forget there are a lot of people out there who have built lives just like I have. I got there and I saw all of us coming together for this conference, showing that we’re living our lives, wherever we are. It’s always a sense of camaraderie when you’re among peers. People who know because they’ve been there. The conversations are different. They start off different. You don’t talk about what’s obvious, because we both know what’s happened. 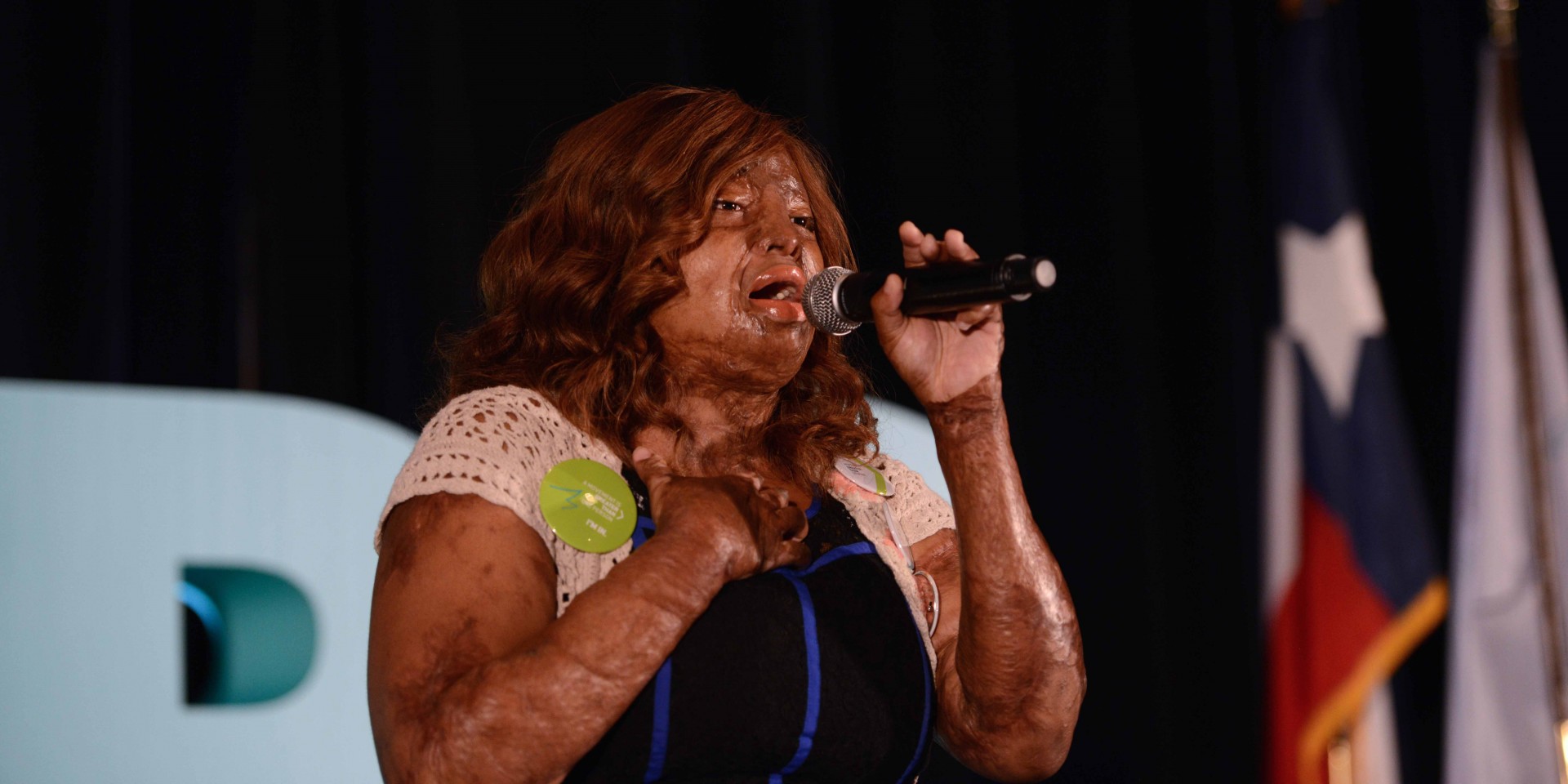 Do you have any advice for other survivors when it comes to meeting people who haven’t “been there?”

Because of my scars, I can’t deny that it forms this invisible wall. Strangers usually don’t want to be insensitive, so they’re walking on eggshells. They never know where you’re at as the survivor. “Do I ask about it to get it out of the way? Or do I ignore it? But how do I ignore it? It’s like right there staring at me! I mean, what do I do?”

Because that’s not how I want things to be, I talk to them freely as if the burns were never there. When I’m being real like that, I believe it projects out and the other person becomes very obviously comfortable. They reciprocate, and then the air just becomes clear. It’s not the easiest thing in the world to do, because you really have to be comfortable with yourself to be that way. I want more burn survivors – and kids especially – to get to that place.

How did you get there?

The people around me helped me foster the mindset that my scars don’t define me. That phrase is more powerful than anything else. It’s very simple, but it has a profound effect when you believe it. It changes everything. But that’s something that no one can teach you. For me, it developed inherently, and once I believed it, nothing was ever going to make me feel less than myself.

Peer support is the core of Phoenix Society’s mission. To connect with other survivors, check out these resources: