Every year the burn community from around the world comes together at Phoenix World Burn Congress (WBC). At the conference, there is sense of community among survivors, loved ones, volunteers, firefighters, and everyone who attends. For less than a week an unbreakable community is built where everyone is welcome, and no one is ever alone — and that community doesn't disappear when Phoenix WBC ends. Many attendees form meaningful relationships and stay in touch. Long after the conference is over, the sense of community created continues to be a source of support and resources. 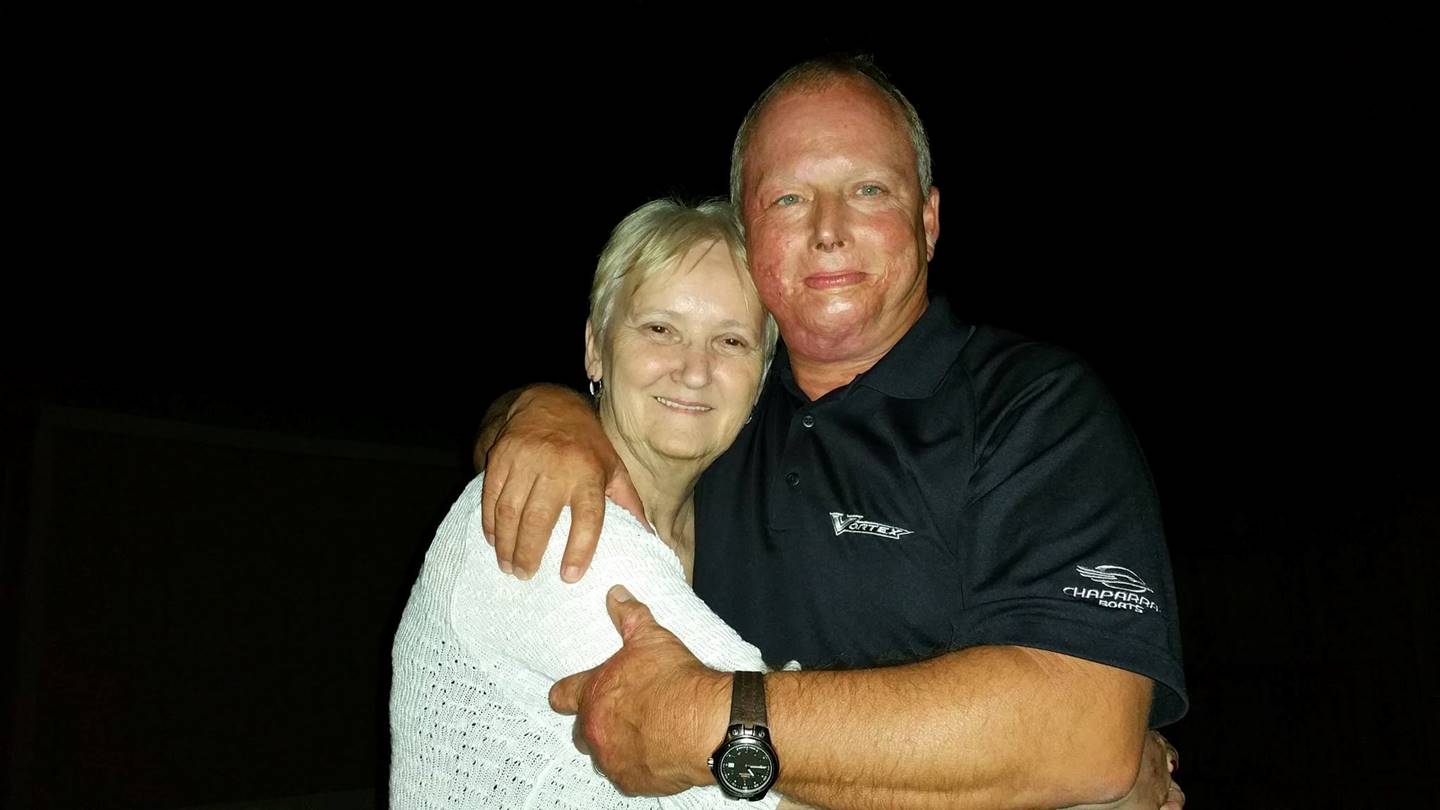 Steve and Deborah are both burn survivors from very different worlds — Deborah is from Nova Scotia, Canada, and Steve is from Norfolk, Virginia. The two first met in person at Phoenix WBC in Anaheim in 2014, but their connection started much earlier. Steve was a new burn survivor only about a year into his recovery when he turned to the internet in search of community and support. There were no support groups for burn survivors in his area, and he was eager to engage with people who understood what he was going through. Steve found a Facebook group of other burn survivors, introduced himself, and shared a little of his story.

Deborah was one of the first ones to welcome him and share what worked for her on her journey in healing. Unlike Steve, Deborah was burned as a child. She had been first introduced to the Phoenix Society and Phoenix WBC by her local support group, Nova Scotia Burn Support Group. She attended her first congress in 2001 in Providence, Rhode Island and has been participating since then. She told Steve about the upcoming Phoenix WBC in Anaheim and encouraged Steve and his wife to attend.

On October 21, 2014, the day before the congress, Deborah had just arrived in Anaheim and was walking through the hotel when she overheard a man talking. “I knew instantly that was Steve,” she said. “He had his back to me, but I just knew.” Deborah approached him and said, “I think you just might be someone I might know.” He turned around and embraced her — all the communication leading up to the congress translated instantly into a real-life connection. The two became fast friends, and Deborah planned a trip to visit Steve and his wife, Catherine, in Virginia. Together, Deborah, Steve, Catherine and their friends Cliff and Maureen, formed the Tidewater Burn Support Group, a support group for burn survivors in Steve’s area.

Today, Deborah and Steve are still great friends, with Deborah visiting a few times a year. “We text and talk on the phone,” remarks Deborah, “his family has become my family. The bond formed helps support them, their families, and the many survivors impacted by the support group created through their connection.” 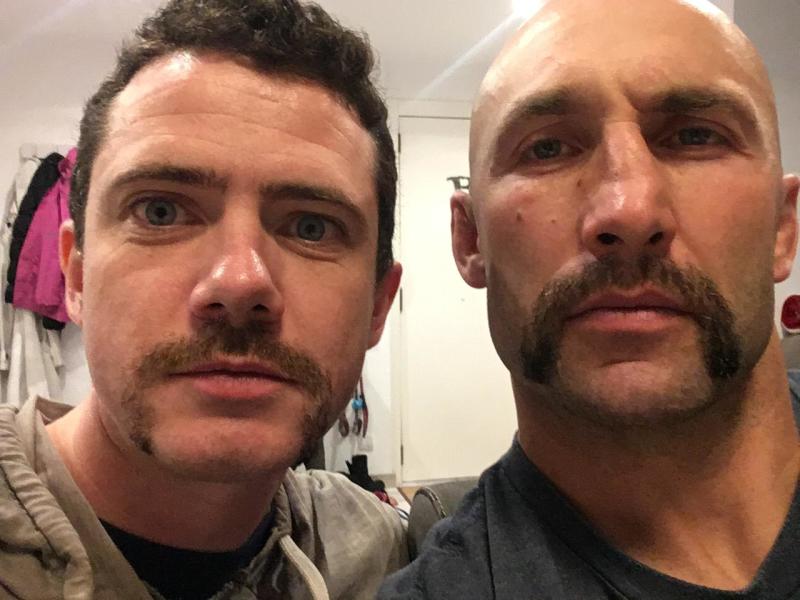 Dominic is a firefighter in Portland, Oregon. He first heard about Phoenix WBC through his local burn center. After attending his first congress as a firefighter attendee, he was eager to get more involved. He started volunteering as a counselor in the Phoenix U-Belong program and has been attending ever since. At his second Phoenix WBC, he met Simon, another Phoenix U-Belong volunteer. “I connected with Simon right away because he has a wonderful sense of humor, and I could immediately tell that he really cared about being there for the kids,” Dominic remarked. The pair became good friends and kept in touch via WhatsApp and email. Two years ago, Dominic and his family even met up with Simon and his wife in Valencia, Spain where they live. While the two do not chat frequently, when they do connect, Dominic said, “It feels like we just saw each other yesterday.” Regardless of the passing of time or miles between them, the connection continues to endure for Dominic, Simon, and for many others who meet at Phoenix WBC. 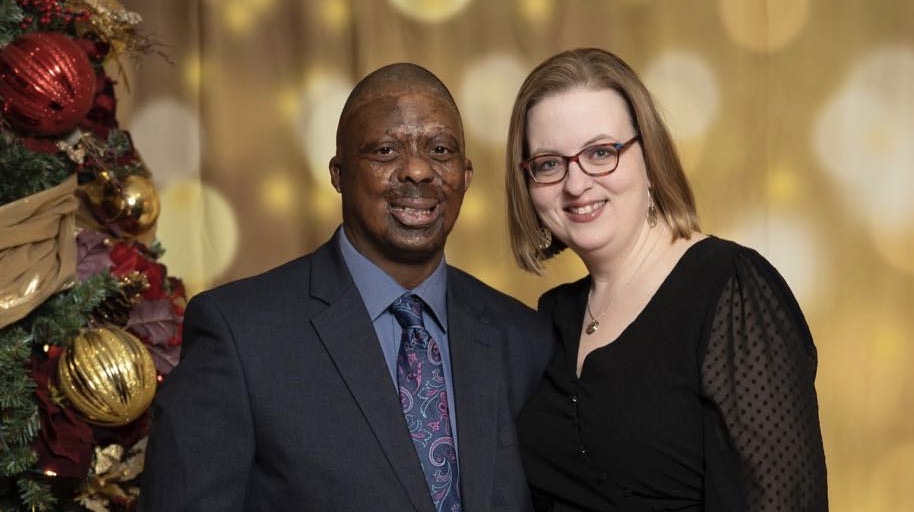 October 18-20, 2002 was the weekend Michelle was supposed to get married. Instead, she was attending the Phoenix WBC in Phoenix, Arizona. Earlier in the year, her fiancé had called off their engagement, and rather than staying home alone the weekend of her canceled nuptials, Michelle’s friend Kelly persuaded her to go with her to Phoenix WBC. It was there in the hotel lobby that Michelle was introduced to Maurice. For the rest of the congress the three became inseparable, and Michele remembers telling Kelly that she felt like the two of them had known Maurice for years.

The two discovered that they actually lived very close to one another in North Carolina. After the congress, Maurice regularly visited Michelle and Kelly after their nursing shifts at the nearby burn center. It wasn’t until Michelle invited Maurice to attend a hockey game that she realized she had deeper feelings for him. “The night that I had invited him to the hockey game, he had issues getting out of work, and He had forgotten his cell phone at home, so I unable to reach him,” Michelle recalls being so worried that something had happened to him and feeling so relieved when they spoke later that night. “That night I realized that I had stronger feelings for him than I thought.” Maurice made it up to her with a coffee date the following day. He expressed his interest in her and the two started dating.

Maurice and Michelle have been together 17 years and married for 12. Together they even served on a panel for a session about relationships at the congress, turning their own story into something that could serve the survivor community. Their advice for attending Phoenix WBC? “Attending Phoenix WBC can be overwhelming, and we tend to stick with the people whom we know and came with. But be open to meeting new people and ‘putting yourself out there.’ You are in a safe environment, where everyone there has some knowledge about what you are experiencing. Attend the sessions, attend the breakout sessions and support groups, and talk to others.” Within the supportive environment of Phoenix WBC, there are always many friendships and connections that can be made for those who seek them.

Sign up for your free subscription of Burn Support Magazine!

This article was originally published in Burn Support Magazine - Each issue of the magazine is packed with survivor stories, resource articles, and updates about the organization.